New research shows the level of dividends still being paid out to the big five bus companies over the last ten years in the North West, as new campaign launches in Greater Manchester calling for better bus services.

While bus use across the UK has fallen to a twelve-year low everywhere except London, and fares increased by 55% in the last ten years, shareholders of the big five bus companies in the North West, have received a £18 million a year on average.This amounts to a staggering £184 million of dividends in the last ten years. This is an absolute minimum, as it only includes the major bus operators, not the smaller operators. Clear winners were First and Stagecoach, with First offering an average yearly pay out of £6,695,000, while Stagecoach offered £10,403,600 a year on average. All this while in urban areas such as in Greater Manchester, bus journeys have fallen by 40% since deregulation.

“Our research shows that Greater Manchester needs to regulate its buses again. The de-regulation experiment has failed, and this failure is clear to many who try to use a bus in this city."

It seems that deregulated networks are delivering worse services to less people, all while making more profit and giving bigger shareholder pay-outs.

‘One dark, wet and cold evening recently after a rather long day of travelling when I was longing to be home and having hot meal, I was standing at a bus stop for around 3/4 hour.  In that time there should have been two buses at least to my destination.'

You can see this in the figures, when you compare places with a regulated network, London, versus those which are deregulated, which includes Manchester. For every pound of dividend given to shareholders in London, 82 journeys were taken. Elsewhere across the country, where buses are mostly de-regulated except for a few small pockets, it was just under 20.

“De-regulation that we have currently means that bus companies just run the routes they want to at whim, and they can charge what they like. This means the big five bus companies are cherry-picking the profitable routes, making a killing and its us in Greater Manchester who suffer from infrequent, unreliable and expensive buses.

Greater Manchester is one of the first cities to consider re-regulating its network. This gives Mayor Andy Burnham the choice to put the public in control instead. Companies are given controlled contracts to run the services we need, services which are reliable and affordable. We’re calling on Mr Burnham to be bold and give us the bus network we deserve, because we can’t keep letting these companies run a wild west, charging through the roof for a patchy service”.

In London, where the bus network was never de-regulated, bus use has doubled since 1986, yet bus companies profit margins in London are around 4%. In other big UK cities where bus networks are de-regulated, they average at more than 8%.

Re-regulating the network, according to research by Transport for Quality of Life, has the power to generate savings of £340 million annually. This is due to the capturing of excess profit, as bus companies are commissioned on a contract basis to deliver specific services which is far more cost efficient. The efficiency that comes from one body designing the network, as is done in London and Jersey, allows local authorities to introduce a simple smartcard ticketing scheme with a daily cap on spend, use extra money for more evening and weekend services, and reduce fares. It also allows profits from busy routes to subsidise other needed but less busy routes.

‘Unite is fully behind re-regulating, otherwise known as franchising, the network in Greater Manchester. This is a crucial opportunity which Andy should take up. It will transform the network in Greater Manchester and, providing the interests of the Trade Unions and the general public are considered and not just those of the bus operators, hopefully set the precedent across the entire country. We at Unite know that drivers and passengers want re-regulation because our members are telling us this. De-regulation of the network hasn't worked. Now is the chance to change it. 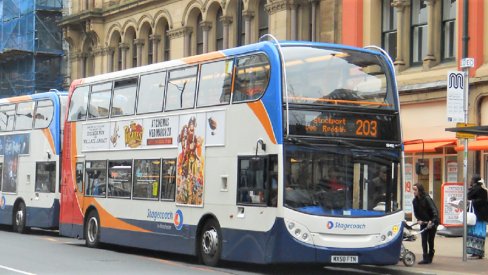 Stagecoach are throwing their toys out of the pram 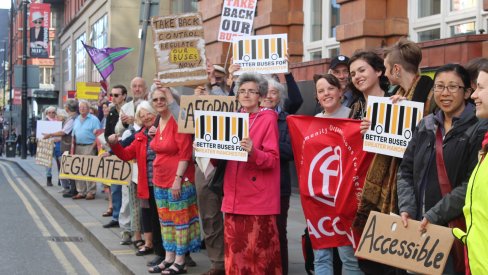 We still want better buses - Here's how we get them 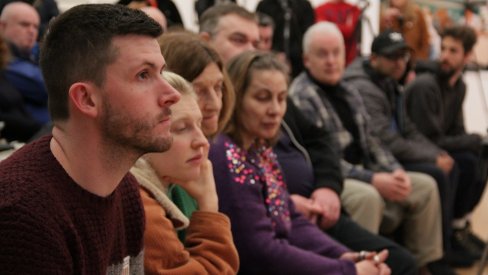 We have had enough: Andy Burnham bring our buses into public control. 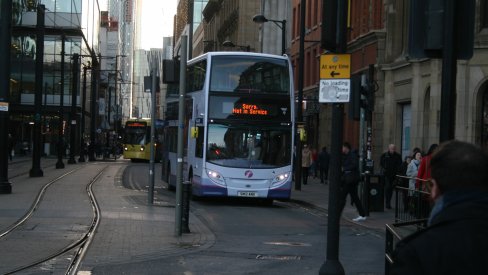 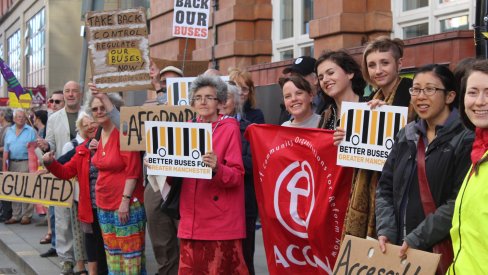 The longest queue for Better Buses ...

Bus companies will charge passengers to keep their polluting buses; and Labour announces regulated buses are crucial to carbon targets. 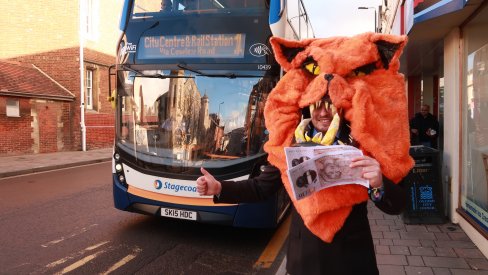 Why bus companies’ partnership proposals will not ‘revolutionise’ our buses: We need regulation. 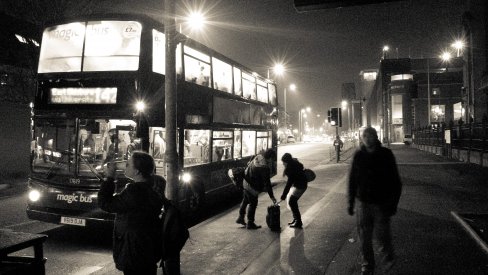