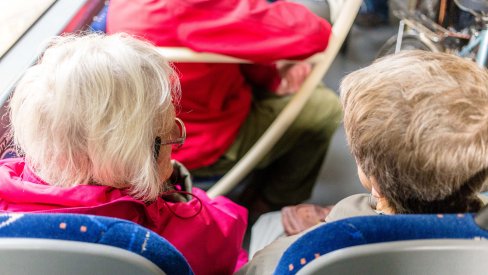 What about drivers? What protections will there be for staff?

Under the current unregulated wild west system, you’ve seen numerous scandals where bus companies aren’t paying their staff properly, and often paying staff within the same company different wages for doing the same job . We saw last year how drivers were being paid £5,000 less than drivers doing the same job five miles away. It’s shocking that the people that connect us to the places we need to be are not being paid consistent and good wages, and we’ve seen lots of strikes understandably.

Franchising should be handled properly to prevent disruption to drivers, and this can be done with proper planning.

According to the Transport for Quality of Life report, Building a world-class bus system for Britain:

'deregulation in Britain resulted in a ‘race to the bottom’, with companies striving for commercial advantage through obtaining the lowest staff pay and worst working conditions. The effect on bus companies’ employees has been devastating, with bus drivers’ pay falling far behind that of other occupations'

"In other European countries where bus services are procured by franchising, there are sector-wide standards for wages and conditions."

The report goes on:

We are calling for:

We want staff to be happy. We’ve seen inconsistent pay for drivers across different depots in Greater Manchester, showing how bus companies are not playing fair. Regulating the network will ensure standards are upheld across the network for pay, conditions and pensions.

Jobs and pensions should and will be protected. Franchising should be handled properly to prevent disruption to drivers, and this can be done with proper planning.